Since January 2019, TX-21 residents have tried to explain to Rep. Chip Roy what we value, how we want our government to work, and what we expect from our Representative in Washington. We write letters, we visit and call his offices, and we send letters to the editors of our local papers. Unfortunately, Chip tends to either ignore his constituents, or respond to them dismissively, insultingly, or with long-winded, vague collections of right-wing catchphrases. On this page, we offer a record of the conversations voters are attempting, in good faith, to have with Chip. We have removed identifying information from constituents’ letters to protect their privacy.

In light of Rep. Roy’s recent decision to end the weekly constituent meetings at his Austin office, we are now posting video of our members reading their letters. Though Chip’s staff may not take the time to listen, we know there are others in TX-21 who do care what constituents think.

Rep. Chip Roy recently canceled TX-21 Indivisible members’ longstanding weekly office meeting with staffers, saying they took up too much time. In response, we have created much-condensed word clouds that highlight the major themes reflected in our communications with Chip’s staff since January 2019. We have also created a word cloud of Chip’s official utterances, as reflected in the Congressional Record. We believe the contrast between the values reflected in our messages, and those fomented by Chip, speaks for itself. We hope Rep. Roy and his staff will reflect upon  what they might stand to gain if they were to actually listen to what the voters are saying.

January 29, 2020: We paid for your cancer drugs, then you voted against lower drug costs. Pay up.

During our weekly visit to Chip’s Austin office,  we presented his staffer Jason with an invoice for the $33 billion dollars Texans would save under H.R. 3, the Lower Drug Costs Now Act, which Chip voted against in December. As we pointed out in our letters and comments, Chip owes his constituents a lot. We’re not letting him weasel out of his debts. 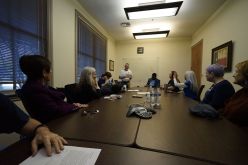 February 5, 2020: When will you answer questions about your ownership of Kinder Morgan stock?

Regarding your ownership of stock in Kinder Morgan, listed on page 2 of your Financial Disclosure Report: When will you make a public statement about the conflict of interest created by your stake in a company that is confiscating land from your constituents at below-market prices (see, for example, “Kinder Morgan ordered to pay Hill Country landowners $2.7M as pipeline dispute widens,” Houston Chronicle, August 13, 2019)?

Since you have repeatedly stated that you are in favor of health care reform, I wish to express my continued displeasure for your vote against H.R. 3, the Lower Drug Costs Now Act, which was sent to the Senate on December 16. I am particularly appalled that a cancer survivor would vote for the pharmaceutical industry and against the needs of cancer patients who, unlike you and me, are not having their health care paid for at public expense. You stated that you are glad that the companies were able to make money, presumably to encourage innovation in this important field. How innovative the recent developments in cancer therapies have been is certainly open to debate. What is not open to debate, however, is the fact that those who cannot afford their medications must simply do without. It is not open to debate that many Americans go without food, shelter, and safety because of medical debt. This results in needless suffering and death among many Americans, including the growing hoardes of workers in the so-called gig economy. It includes minorities and poor whites, even many members of the middle class of all ethnicities. It results in maternal and infant mortality, an issue I would fully expect you to care deeply about since you claim to be pro-life. As a rehabilitation worker, I worked with far too many people who lost their homes and fell into poverty because they dared to become ill or because they had a child with medical needs.

No one believes that innovators in the pharmaceutical industry do not deserve to be fairly compensated for their work and their creativity. But it is time for us to put patients’ rights first, above those of a bloated industry with dozens of highly paid lobbyists who bear lavish gifts to lawmakers and doctors alike. If you cannot prioritize the needs of ordinary citizens over the corporations who are supposed to be serving them, we will elect someone who can.

I’m writing about your recent FoxNews.com screed about how “California’s homeless crisis could be migrating to Austin” and “how to tackle it.” Gah! Do you always have to be so nasty? Why don’t you offer some sort of policy solution—or at the very least a bit of compassion? Instead you offer your usual fast-talking, know-it-all parroting of the tired, partisan, anti-city and anti-California talking points of Greg Abbott and Donald Trump. Not to mention exaggerated claims.

Your rhetoric and communication skills are a disgrace to the office. Is this the way you want civil discourse to be carried out? How would you like it if your children’s teachers talked to the students that way?

Donate
Contributions and gifts to TX21Indivisible are not tax deductible.