Speak up for clean air! 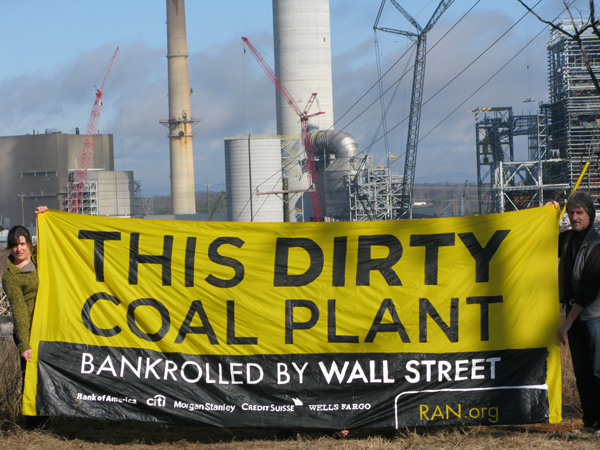 Time is running out to to submit public comments on the proposal to repeal the Clean Power Plan (CPP). Comments must be received on or before December 15, 2017. This regulation would require measurement and establish sensible caps on CO2 emissions from coal burning power plants and would be administered by each State. EPA Administrator Scott Pruitt has recommended repeal because he claims it is unnecessary and counter to the economic interests of the United States. Obviously the Trump Administration is ignoring the harmful affects on the environment and the fact that greenhouse gases such as CO2 are accelerating global warming.

You are welcome to use the Sample Comments below as is, or make changes, or write your own comments.

To make comments, go to one of the sites below:

The Clean Power Plan must not be repealed. It is absolutely appropriate for the government to establish rules for the amount of CO2 that is released by energy sources, especially coal, as it is the largest emitter of CO2. Regulation is essential because there is overwhelming scientific consensus that greenhouse gases such as CO2 are major contributors to climate change.

Power companies and utilities are primarily motivated by business issues and should not be trusted to self-govern emissions. That would make about as much sense as tobacco companies being expected to self-regulate smoking constraint laws. It is also ineffective for states to regulate. A few states produce the majority of coal used in the US and they have economic and political self-interests to avoid constraints to energy producers and utilities. Yet the actions and inactions of these few states has a disproportionate impact on citizens of other states and the total CO2 production in the nation.

It is expected that negative economic impacts of the Clean Power Plan will be minimized because the utilization of coal as a power source is declining. Just this year (2017), coal plant closures will eliminate 13,600 MW generated by coal. This follows the reduction of 18,000 MW in 2015. Industry and the market are acknowledging that the days of coal as a viable energy source are ending. Any argument that as a result of this trend the Clean Power Plan is unnecessary is specious. There is no way to predict the pace of eliminating coal as a power source or that it will ever be completely eliminated. Further, as the economic viability of coal power continues to decline, energy producers may be compelled to reduce costs and avoid or reduce CO2 emission controls thereby increasing emissions from their coal burning plants.

Finally, the current Republican administration and the EPA administrator have made it clear that they support the continued use of coal, despite all of the negative factors associated with use of coal as a power source and the decline of use due to economic factors. It is equally clear that their support is a matter of politics, not sound public policy. They have made promises to support coal in order to influence voters in coal producing states. They claim to do this out of concern for their economic futures. In fact, this is only a political expediency because they know the economic future of these voters will be determined by market forces that are already reducing the use of coal-produced energy. These voters and our nation will be better served by sensible regulation through the Clean Power Plan, which will reduce CO2 emissions and help to mitigate the environmental and economic damage of climate change.

Donate
Contributions and gifts to TX21Indivisible are not tax deductible.